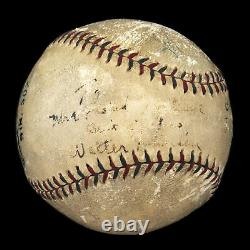 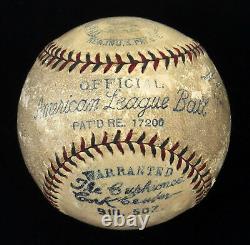 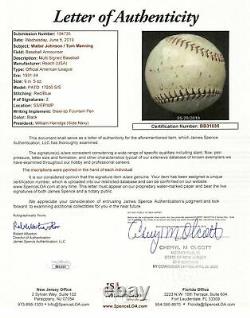 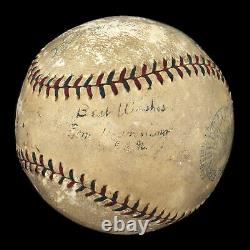 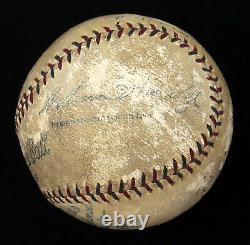 Walter Johnson Signed 1930's Official American League Baseball JSA COA. A pair of legends separately began new endeavors in 1929: Walter Johnson as a Major League manager and Tom Manning as the radio announcer for the Cleveland Indians. Johnson, easily the games most dominant moundsman for two decades, made a seamless transition from diamond to dugout beginning in 1929, posting an overall winning record in seven seasons. Manning, winner of a 1919 yelling contest sponsored by the.

Relayed umpires balls and strikes calls through a megaphone at Indians home games, prompting local station WTAM to select him for the Tribes first radio broadcasts in 1929. Fast forward to 1933, when the two were together in Cleveland and autographed this baseball. Extending from the west panel to the sweet spot, Johnson d. 1946 has signed in black-ink steel tip fountain pen. On the east panel, Manning d.

1969 has signed in black-ink steel tip fountain pen and inscribed. Accompanying is a full photo LOA from JSA. We specialize in sports autographs and memorabilia.