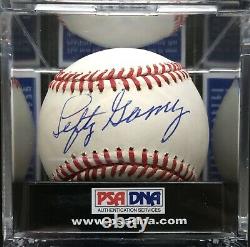 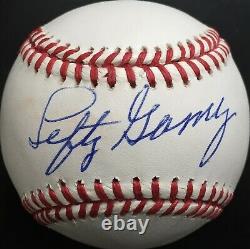 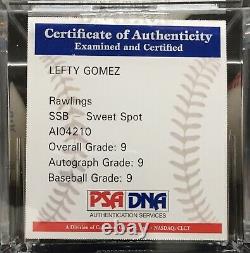 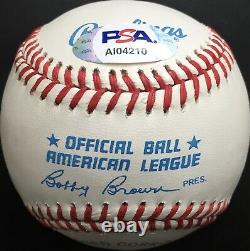 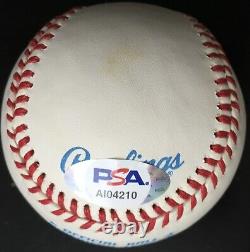 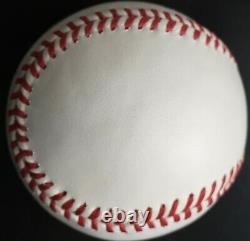 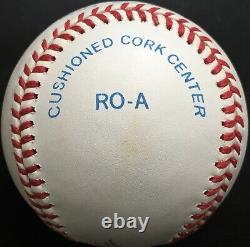 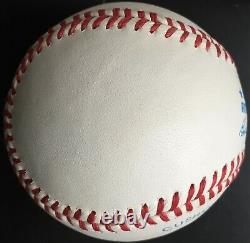 Lefty Gomez autographed American League baseball. Vernon Louis Lefty Gomez (November 26, 1908 - February 17, 1989) won the Triple Crown for pitching twice in his career (1934, 1937) and remains one of four American League hurlers to accomplish the feat twice. Gomez played virtually his entire 14-year career in New York Yankee pinstripes compiling a record of 189-102 with 1,468 strikeouts and a 3.34 career ERA. Gomez was selected to seven All-Star game s and was a member of five World Series championship teams. Lefty set the record for winning six World Series games without a loss. Gomez was renown for his wit, once even lighting a match in the batters box facing Indians fire-baller Bob Feller to make sure he can see me!