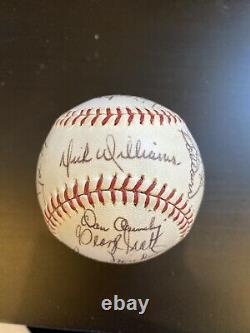 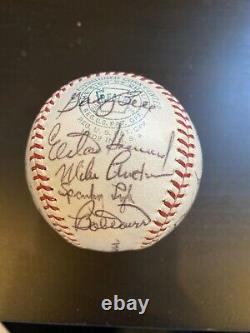 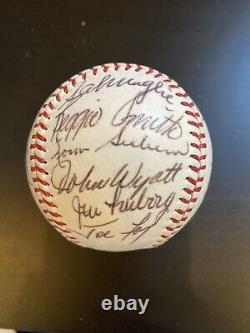 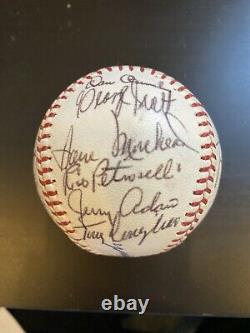 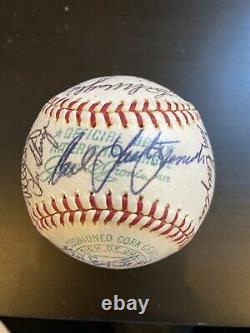 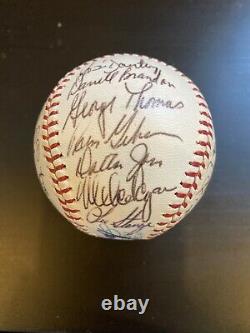 From the collection of the late Gene Autry (founding owner of the Los Angeles/California/Anaheim Angels and former Singing Cowboy movie, TV and radio star). The 1967 Boston Red Sox finished first in the American League with a 92-70 record. The season had one of the most memorable finishes in baseball history, as the AL pennant race went to the very last game, with the Red Sox beating out the Detroit Tigers and Minnesota Twins by one game. Often referred to as The Impossible Dream, this was the team's first winning season since 1958, as the Red Sox shocked New England and the rest of the baseball world by reaching the World Series for the first time since 1946. The Red Sox faced the National League champion St.

Louis Cardinals in the 1967 World Series, which they lost to the Cardinals in seven games. 326 on the season, slugged 44 home runs, and drove in 121 RBIs, which was good to lead the American League in all three of these main offensive categories.

Yastrzemski was a 1967 All-Star, the 1967 Most Valuable Player, and the 1967 Major League Player of the Year. Comes with a copy of an LOA from Gene Autrys widow, Jacqueline Autry. We offer the finest in Sports Memorabilia and autographs.